#10 of 15 Most Commonly Asked MLM Questions

Think about it from the prospect’s point of view…

Think they ever hear this?

“My plan is the best”

Good grief!  Really, think about it. 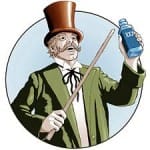 I’ve explained a payplan twice in the last 10 years.

Until we learn the skills and why people join, our excitement about the pay plan can do more harm than anything else.

Everybody thinks they have the best pay plan and that’s great but it won’t get anyone in.  Pros know this and it’s why I never explain the pay plan anymore.  And, to make matters worse, most reps don’t understand them and as soon as they do…Ut-Oh!  They can’t stop blathering about them.

The 10th most commonly asked question when I ran a software I have was about payplans.

All payplans pay the same.

Yeah, yeah, I can hear you defending yours right now.

Here is the proof.

Do what winners do.  Improve the skills that matter, and make lots of money.  Do what the non-check cashers do and make no money.

Let me put it another way.

Each basic type of pay plan offers management and income advantages and disadvantages.

The best pay plan is all about you, your style and, in the end, your skill level will determine your paycheck.

That being said, let’s break down the major types.  Don’t fret about the little tiny differences you think your plan offers.

THERE IS NOT INFINITE MONEY ON A PURCHASE

To really understand pay plans, and you should, it is imperative that we all remember there is no such thing as an infinite commission on a purchase.

Don’t worry about the percentage you are getting paid.

The poor gal doesn’t understand the percentage game and thinks it makes a difference.

This is known as ‘front-end’ breakage, meaning the 25 goes directly to the companies bottom line.  In other words, 25 bucks of every purchase are not commissioned.

Higher percentages always mean there is front or back end breakage and/or the price of the product is higher.

A company can pay out a higher percentage by pricing higher or giving ‘business volume’ that is not dollar for dollar (100 purchase counting for 75 in volume).

And, let’s face it if she is getting ‘20%’ (wink-wink) no one else is or very few people are getting paid on that order.

There are basic types of unilevels.

This simply means that your personally sponsored people must hit pin levels for you to advance.

Non-hostage unilevels are when you can get to double-diamond-dipper simply by having 3 diamond-dippers in your organization, personal or not…doesn’t matter.  Usually, they have to be in different legs.

The advantage of non-hostage unilevels is that your personals cannot hold you hostage or hold you back.

The disadvantage is that the easier it is to hit pin levels the lower the bonus pools and more hands are in the limited commission pool (remember rule 1?  A company cannot pay out more than it brings in).

In the last few years, the non-hostage unilevels have become popular with a new little twist.  Once you make a pin level, you keep it in rank and pay…ut-oh…sounds great to not be held hostage by 2 or 3 personals who’ve lost interest…but the paychecks are lower because, yup, rule #1.

Advantage of hostage unilevels is it is harder to get and maintain top pin levels but with less people qualifying, the pools are bigger and less people have their hands in the commission pool.

It’s all about style.  Non-hostage- working in deep in depth…or hostage – working wide and down about 3 levels.

Recruiters, people who can sponsor lots of people, tend to favor hostage unilevels because, in the end, the harder it is to qualify for the top pin level, the greater the reward.

Other folks tend to like working in depth and don’t care about the gangster money…and sort of hedge their bets.  And when you hedge your bets, the payoff must be smaller…hmmmmm.

What is best for you?

Deciding based on information, not feelings.

One can argue that non-hostage plans are better because more people can make great, not gangster, but great money…and will give them a more secure organization long term.  The other side of the argument is that gangster-type money attracts more people.

What is best for you, me and everyone in networking is to do the work, learn the skills and produce.  Looking for the pay plan to be the answer, trying to manipulate the pay plan is the telltale of a non-producer.

Seems like a different spin on a binary comes weekly.

Very easy to break it down.

100% of your commission comes from the slower moving leg, 100% of the sales in your faster-moving leg are broken away…you make nothing on that leg.

Most people don’t get this about binaries.

100% of your income comes from the slower moving or what Pros call the ‘commission leg.’

And people in binaries like to say nothing breaks away but that is simply false.  Everything in the faster moving leg is broken away.

Now that is not good nor bad…it just is what it is.  Remember rule #1?  In unilevels when others succeed and block some of the deeper levels from you, its because there is not infinite commission on a purchase.  In straight binaries they are simply breaking/blocking some of it right up front.

Volume building under people who just got in…accumulating volume under non-producers…sounds appealing.  And having to build only 2 legs and share in the management of a leg with other producers is compelling, except in real life.  It never really has the effect we think it will.  Non-producers who you call and explain they have 500,ooo in volume on one side sounds good in theory…like it will motivate them, but…does it?

The temptation to join thinking a group will be built below you and you only have to build 1 leg is exciting but it never really plays out that way in real life.

On the other hand, a nice thing about binaries is that a few folks working in a team can share the development of a leg…and the management responsibility.  You can get some traction IF you continue to get along.  But once a power leg is blown out, those same partners tend to work their weaker side more than 80%. promising ‘next week’ they’ll get back over there and help out.

It’s easier to manage 2 legs than 5 but you gotta remember that you’re only getting paid on 1 of the 2 legs, so the ‘team’ working together at first tends to break up.

This and other attempts to avoid the runaway non-commission leg…dropping personals in a unilevel and collecting a matching bonus sounds cool..  But the matching checks dilute the commissions paid in the binary, most paying 10% on the commission leg, so there is the unilevel thing all over again…Rule #1.

See…getting matching checks is great on personals (back to the hostage thing) but you’ve now got 1 leg you are getting zero on and 10% on the slower leg, meaning you’re getting paid on well under  5% of the TOTAL volume…and the point of a binary is to help the average person build volume and make some money.  These hybrid binaries ort of work against the original appeal of a binary.

Think about it.  By reducing the commission in the binary part of the compensation to pay a matching bonus you’re defeating one of the appeal virtues of collectively building 2 legs as a team…and further complicating that concept by rewarding matching bonuses, the upline makes far more sponsoring personally than helping their team.

Not to producers.  Binaries create a weakness in recruiting.  Non-pros imply or, even worse, tell people they are going in a ‘power-leg’ to induce them to join…big mistake.  Now that is not a flaw in the plan, but it happens in real life every day.  And bringing people and teaching them they only have to build 1 leg is teaching weakness instead of skill and ambition.

It really does not matter.  All that matter is that prospects, distributors in their first few years and companies, don’t really understand pay plans…

Why do companies change plans?

If they understood them, they’d have got them right from day one.

If companies don’t understand how they are going to play out in real life, how the hell can a prospect?

All a rep has to do is decide one of 2 things.

1. I want to make gangster money

2. I’m happy to give up some commission potential to have a few more people make good money.

Once you make that decision, with Rule 1 your reality check…deciding what is best for you is easy.

Then, all you have to do to make a lot of money is to learn why people join.  There are only 3 things in a prospects head and it is NOT the payplan…and learn the skills to be effective.

The best pay plan is you.  You produce and you’ll make more than you can imagine.

Payplans all pay the same.  Producers get paid and non-producers don’t.