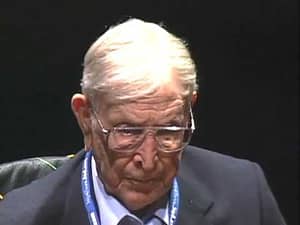 To all those clowns [also known as psurus*], who tell us MLM does not work….you may want to know…..

While wifey, The Fabulous Davene, closing down stuff in New England, I am getting ramped up here.

Hey, tell all those online clowns telling us Network Marketing does not work to give me a call.  I guess I was just too stupid to understand what they can prove.

Morons trying to make a fast buck on inexperienced people…..not nice to lie to others because you did not have what it takes….

We all know I have mixed feelings about the internet but I am loving not having separation anxiety about the greatest sports section on the planet.

I get to read it right on the Lanai [porch] online no less while watching the ocean.

I guess I have to thank Al Gore who not only invented the internet and Global Warming but managed to recently set an elegant example of commitment and family first by splitting with Tipper.

Gee, if Al can invent the internet and win a Pulitzer I guess I can build another leg in my group.

Along with Think and Grow Rich, I will tell you point blank, without  John Wooden, the level of blessing we’ve been gifted with would never have happened.  Most people won’t take the time to study Wooden, so sad, so frustrating.  He passed on to the next adventure this weekend at 99, still sharp, 100%.

Wooden is the best kept secret in Networking.  You know I hate the ‘secret’ crap but what else can we call it?

Wooden never did network marketing but he built a network second to none.  He taught life and leadership.

He taught me everything, and I mean everything, I know about building winning teams.  I’ve met several top earners who keep earning and they all study Wooden, quote him, look up to him…..and they all express the same frustration about their people looking a online sound-bites for magic solutions instead of studying the master team builder.  Go figure.

See, like myself, they call Wooden’s teachings a secret because, despite shouting it from the roof tops, no one looks …..so no one knows.

He’s got 54 postulates to live by….and writing about the effect of each would be a book

……but here is one that’s helped me with getting people focused, when they tell me that they are doing a lot of ‘stuff’ for their business but just can’t quite find time to talk to prospects….

Coach Wooden, thank you for all you did and for all you are going to do for those willing to study and apply.   Your passing is a loss but your life was a gain for all who knew you and of your teachings.

You know how a lot of people think what we do is a pyramid?

And we get all twisted up, even defensive?

How’s this for irony…… My daughter Chelsea wanted be a good basketball player so I got her John Wooden’s ‘Daily Dozen” …..she became great.

I began to study Wooden and found his formula for success was…..are you ready for this?  A PYRAMID 🙂

The Fabulous Davene and I dedicated ourselves to learning and mastering Wooden’s Pyramid while explaining to prospects the business was NOT a pyramid.

Less than 5% of the folks who read this will study Wooden while simultaneously complaining about the performance of their group.

If people are not telling us, 2-5 times a day, what we are doing will not work, we are not working.

Thinking about celebrating the negative thinkers as a testimony to being on the right track but not sure?

You know what I mean?  Instead of doubt, celebrate…….when you get critisized…..telling you that you should get a real job, those things don’t work….etc….

He who joyfully marches to music in rank and file has already earned my contempt. He has been given a large brain by mistake, since for him the spinal cord would suffice.

Armando Galarraga came within 1 out of a perfect game last week.

To make it even more heartbreaking, the umpire blew the call on the last out.  Not opinion.  The ump, Jim Joyce,  said so, replays showed it and he broke down and wept that his call cost Armando a place in baseball history.

Armando smiled, headed back to the mound and finished up.  Less than 25 perfect games in over 400,000 chances.

Joyce apoligized, Armando forgave and demonstrated grace and poise not many, if any of us could.

Oddly, expecially with today’s selfish atheletes, both Joyce, taking full responsibility and making no excuses and Armando raised the bar in this marred period in sports; money, steriods, violence etc.,  and made me a fan of both for life.

It was perfection of the human spirit of both men under the very worst of circumstances.

And we get twisted up over an auto-ship?

Then LaBron……he and his team LOST to the Celtics

The ‘Superman’ Howard…..he and his team LOST to the Celtics

Kobe and the Lakers BEAT the Suns, etc…..

Anyone notice a pattern here? Individuals are losing, the Celtics are winning.  Teams get much further than individuals.

What could you do right now to make your team better?  Wooden taught the best way to improve the team is to improve yourself.

Just like watching someone learn some skills and having some instant success.

Albert tells me life is a series of miracles or nothing.  My friend Doug tells me miracles happen all the time and all that happens is we ‘see them’ …..its the thrill of perception that stuns us…..

Are we paying attention to the progress people are making or checking business volume instead?

So if Einstein and Doug are right, the same is happening with everyone in our group is who is trying.

Are you with me?  Could we be overlooking miracles in our organizations today?

I decided I will think about all the progress people are making when I head out in the morning for coffee while on the way to the gym.

Oh did I forget to mention the largest coffee plantation in USA just 10 minutes from my driveway.  Kauai rocks…..I get to think of the mircales happening in the group while getting the best coffee in the world directly from the source…..driving along the ocean.  Sure glad I was too dumb to listen all the folks who can prove this will never work.

we are only here because we surrendered to this simple philosophy of Coach’s:  He said his teams put him there, not him.

While dubbed “The Wizard of Westwood” by the press, Wooden never liked it and saw himself as a teacher who was graded by the performance of the team.

He was in service.  He looked up to his players, putting their education first, then the team.

Look up to those in your downline.  We do.

Before you can hit the jackpot, you have to put a coin in the machine.

We gotta talk to people.

We gotta teach our people what to say so they get lots people looking at our deal.

THE PRICE OF LEARNING LEADERSHIP