Recruit More In MLM During December 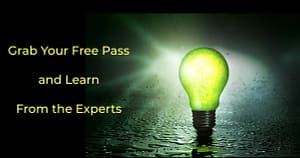 So how do we recruit more in December?

Mark Twain said, “Common sense isn’t so common.”  He was right then and he is right today.  Wifey, The Fabulous Davene, claims most people lose their common sense as soon as they enroll.

Let me be really clear.  I believe people who are telling to recruit twenty or thirty people in a month AND THEN recruit more just don’t have a clue.  You can’t recruit 20 people and give those new people the attention they need to succeed.

Of course, burned out MLMers who did something once 20 years ago, (maybe they did), tend to teach their new band of followers that people who “don’t make it are losers and quitters.”  Lie #1 we hear from longtime MLMers who just never learned how to actually develop the skills needed in their new people.  How convenient! LMAO

So when I suggest you recruit more I’m talking about you and your team.  And this I am not suggesting… I’m telling you point blank December was and will always be the best recruiting month for real teams that have common sense.

What was the common sense idea that helped us recruit more for our teams and ourselves every December for over 20 years without fail?

Prospects and possibilities are never more aware and more frustrated with their time and money available. You’re offering more time and money.

You do it and don’t listen to the nonsense of all the others who have “packed it in” and, above all… Never, Never, Never… Ever listen to a prospect about driving your business.   MLMers who’ve packed it in want you to join them so they don’t feel guilty… think about it!

OPM Was The Big Bang

So, you know how to close in December… but how do you get them to the table?

A better question is, “how did you learn all this and reclaim your common sense?”

I’ve put a Summit together and I’ve got a free ticket for you.  These are people who taught me, not gurus, nothing for sale… Check it out. Each set of 4 speakers is on for 24 hours… free.

I’d love a comment below, what did you like and what can we cover here for you coming down to the New Year… your breakout year?