This Will Make or Break Your MLM Dreams in 2016

Not only are we all creatures of habit… we rarely, if ever examine our basic assumptions.

Assumptions will kill about as many dreams as anything, a real back-breaker.

It becomes even more difficult to look at basic assumptions and break thinking habits when the “pack” we are in all believe, repeat and act out the same way.

In the mid-90s I was studying and doing the exercises in Think and Grow Rich… BTW it’s an exercise, not a book.

Anyway, I get to the step (there are 13) on Organized Planning as I was coming up on two years… starting to make some money at this point.

Make or Break Your MLM Dreams

This “moment” was examining a basic assumption and finding the assumption could not be more wrong… that led a different behavior, a new habit.

It’s equally interesting that over the next 20 years that people outside our teams saw what we were doing but continued to be loyal to an assumption that MLMers buy into in massive numbers.

These 2 simple things, spun off letting go of what the “pack” believes, will make 2016 a record year for you and give you an insurmountable advantage year-in and year-out.

Feeding the mind of yourself and your team is big.

Coupling that with learning and teaching the skills?

The free 3-part training video series is something you can grab a few days early.  And each year we work with a hundred people beginning on October 31st, masterminding, on Think and Grow Rich.

A word about masterminds.   A mastermind is 2 or more people working for a definite major purpose, not a conference call or some such like you get invited to, and it’s blah-blah about how great things are going to be.

This mastermind features hands-on… so it’s limited in size and we’ll be focusing on your purpose and devising the perfect plan… then hold your feet to the fire!

The correct mindset and improving your skills in November leads to mastery of the skills by December… and now you are into the best time of the year with mind and method… improved, mastered and making you and your teammates great income.

But it is not the income that matters coming into January… it’s the momentum.

There are only two types of networkers… 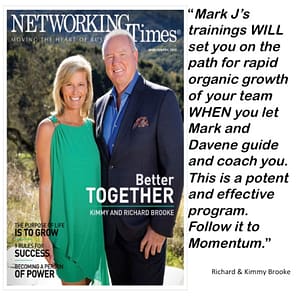 Those who hit January with new teammates, revitalized veterans and momentum.

And those who back off in November and in mid-January are still trying to get their teammates heads back in the game.

If you’d like to get these skills early and “do” a Think and Grow Rich mastermind so you can do them in the future, hop on the early notification list.

Have you considered that December is the best recruiting month?   Ever thought of it that way?

What if it really was, (it is), and you learned and mastered some easy skills coming into December… as well as your teammates.

The best part?   It is a simple choice to really have a life changing 2016.

2. Hope 2106 is better and keep the basic assumptions.