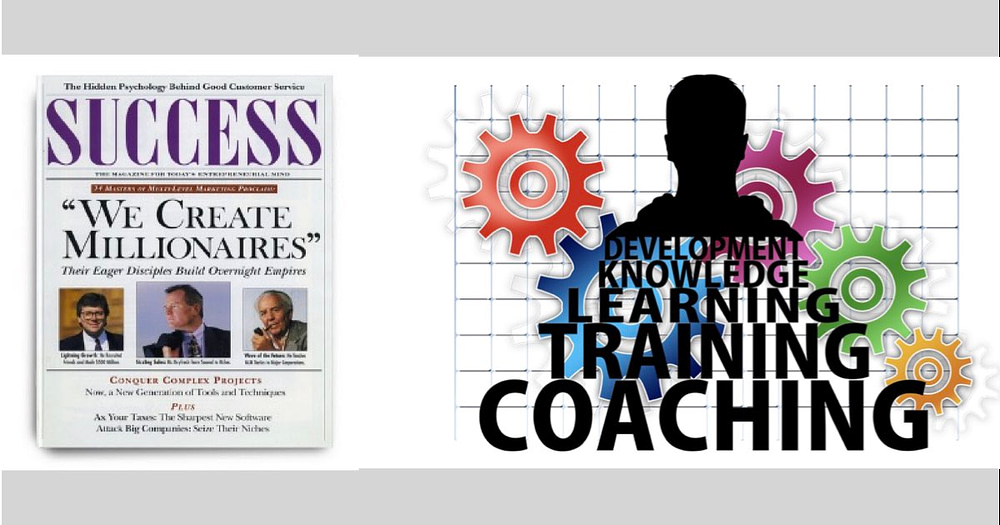 Direct Selling Training is a slippery slope these days, it really is.  Saw some clowns selling the perfect script … like this crap hasn’t been tried before. You know, right?  The flow charts, and options.  Of course, prospects don’t have scripts so don’t waste your time or money.

Now, let’s not forget I was a guy running right into my 6th consecutive home-based-business failure.

In this ongoing series about the roots of our good fortune in network marketing, we’re looking at the people who took the time, free, to help me.

Richard Bliss Brooke is one of the “Dynamite Dozen”. [The 12 who had the greatest impact on us, our lives and our MLM… and they are each “poem worthy” ]

Richard Bliss Brooke dropped into my life in a very unusual way, at least for me.

I get a phone call and a guy wants to know if he can be on a live-stream… when the live streams first started to work well.  Said his name was Richard Bliss Brooke.

I figure right away that it’s a gag set up by good friend Tom “Big Al” Schreiter… who knows my passion in life is helping people help themselves find their bliss.  Big word for me Bliss.

Richard stays on point, [I would have hung up on me most likely 🙂 ], comes over with his kinetic bride Kimmie and we connected.

Turning the clock back, I’ve had some great mentors and helpers along the way.  A guy name Ronnie V picked me up in 1978 and I went to work selling insurance for MONY.  Ronnie was my boss.  Became my friend and it turns out a brilliant business guy.  As we left MONY our friendship grew and he made a difference… until he died a couple of years back.

So, to shorten the tale here, I called Richard, told him about Ronnie, and asked him if he’d consider mentoring me, helping me grow my online presence and fill the biggest of voids, [no retail requirements, no company training etc.] created by all these MLMs.

Richard says yes, makes my day.   I’m not sure it’s going to work out, hard replacing a 40-year legend.   Richard did meet the task easily and did a lot more.

The details are not important but everything in our business, based on 3 calls with Richard and here we are… standing on the precipice of our greatest year; the first 6 months set a record.

Like Tom Chenault, the more I got to know Richard, the more I could see it was a fit.  Operating on character and principles instead of hype and personality… on sound business principles, not fashion.

So the best trainer and mentor I’ve ever had in sales, Ronnie V, gets replaced by someone I’ve come to admire and who actually has a big picture mindset.

What I learned from Richard that supersedes all the other great lessons is the sincerity and gratitude he oozes, giving him an authentic big-picture mindset.  He sees challenges in the industry and is pushing a movement to clean it up.  He knows Wooden, my mystical mentor who preached, “If we police ourselves, others don’t have to.”  Richard is dedicated to that and will take responsibility with others who love this industry and want it improved.  He really lives it.  Not as a speech, but it’s how the dude lives. Been to his crib, stayed over… he’s making the tougher, right choices.

And, his training is the real deal.  See the gurus out there are pitching leads and social media hacks… all baloney except it sells to those afraid or inexperienced.  Richard knows this but he also knows that success begins in the mind, a vision that is held.  And baby, when Richard is teaching vision, you are getting the right stuff first.

After all, the ancestor of everything is thought.  So success, in any venture, begins in the mind and Richard helped Davene, my bride, and this old dog expand our thinking.

Realist, down to earth and someone who has done that is… drum roll, honest.

Richard, thank you for living this poem daily, you are one of the Dynamic Dozen that is “poem worthy” and makes you a top 10 Direct Selling Training must-have.

Ironically, this poem was penned by a guy named Bliss?  What are the odds?  There are great things Richard has taught me… and let’s not forget Richard and I compete in the same market… which makes his mentorship even more remarkable.   See, everyone can say they have an attitude of “affluence” but when he said “yes” I knew I’d hit a vein of gold.   Willing to help a loud mouth competitor sold me and solidified trust instantly.  Simple ideas, expressed in everyday language has created greater success for us…this, simple yet powerful ideas in everyday language so application is swift and correct is Richard’s gift.  And, he plays well with others, sharing and supporting.

So the poem for this bottom-line guy?  It had to smack of responsibility… and ownership.

While it has no title … this poem sure has guts.

By Philip B. Bliss

There is a choice you have to make,in everything you do.So keep in mind that in the end,the choice you make, makes you.

Seems like he wrote is cuz he’s told me that in every conversation… shared options and helped me read the consequences.

Grateful to both you and Kimmie my good sir, grateful

Want to know a bit more about Richard?  And Vision?  You’ll love this…