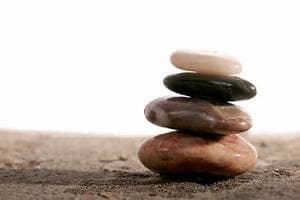 A tiger in a cage. What is keeping him in?

Most people think it is the bars. It is not.

It’s the spaces between the bars. Put all the bars together  and our tiger walks right out.  It is not the bars.

BARS represent belief systems we are loyal to that prevent us from being free. We create our own cages. Trump, Kiyosaki, Gates & Buffett are shouting from the roof tops this is a great business model.   They ‘get it.’  Get what?  The tax benefit alone, that is cash paid directly to you, is far greater than the cost of doing business.  This means people actually LOSE money if they say ‘no.’

So what is holding people back from paying less income tax ~ which shows up in your very next pay check ? BARS.

Why are people so hesitant about being supported by successful networkers  who went from debt and desperation to peace and prosperity as  single moms or guys working 2 jobs for chump change? BARS.

Why would people turn a deaf ear to a way to lower
taxes, increase income, feel better and be coached by successful people? BARS

Why would people rather debate the merits of Clinton, Obama or whoever ~ something they have no control over ~ instead of helping themselves by helping others? BARS.

OK, you get the point.  Or do we?  See, we know before we begin that we are going to run into THE PROBLEM. It would be foolish to think, [although some people do ~ so sad] that be changing companies THE PROBLEM will vanish.  The real problem is not that people respond negatively to a no brainer.  The real problem is that we classify them as losers and keep looking for ‘the right people.’  As long as we are frustrated with a prospects response, lump them together as closed minded or laugh at them for being to dumb to ‘get it’ we can NEVER see the real problem.  More Zen in MLM.  Folks, it’s us, not them.

Huh?  Well, if the same thing keeps happening with the majority of the people we talk to and we look at them as the BARS instead of looking at ourselves we can never get out of that cage.  We can never see the s p a c e s.  In this case the ‘s p a c e s‘ represent the ability to change.

If everyone wants to make more money and they and they can fund their risk with money they are paying in taxes to the point they are in positive cash flow from Day 1, is there something wrong with them or, maybe….just maybe …… us?  There is a reason they are thirsty and we can give them water for zero out of pocket and they say no.  And it’s not them.  It is what we say.

Once I discovered the grocery store story [click here to see Grocery Store Story] and look at it differently ~ Zen in MLM-like, I stopped criticizing prospects and started to learn what to say in less than 30 seconds so my message would touch their heart, reach their head or both.  They started saying yes 90% of the time to reviewing information and the rest, as they say, is history.

This will not work if one just ‘wants to learn’ what to say.  We cannot receive the power of a few simple words that change the course of our personal success until we embrace it is not the prospects but it is what we are saying that is preventing them from reviewing our information with an open mind.
believe,
Mark Januszewski,