It’s a very thin line…sort of

It sure seemed like a thin line to me until I learned some network marketing skills and developed some leadership attributes.

Saying it’s a numbers game is a slippery slope and usually cost people in your organization and you three things…all bad.

1. Money – traffic or leads…what’s the difference?  Both cost money and the ROI (return on investment is always poor).

2. Credibility – the more you say it and the more numbers your reps crunch, the more your credibility shrinks  unless you keep re-inventing yourself.  It’s not only exhausting; they really don’t buy in after the 3rd re-invention.

3. Time – the most precious asset of all with new people.  Working big numbers takes time and with poor ROI for that time the non-supportive spouse and/or discouragement take over quickly…ut-oh.  The end is near, we all know this.

On the other hand, we all know finding 3-5 builders is going to take more than 3-5 phone calls.

If we know what the ‘traps’ are to believing it is a numbers game we can easily navigate to success and most importantly, help our partners do the same thing.

3 Reasons why believing in numbers will create failure 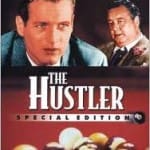 As Fast Eddie Felson said to Burt in the classic book and movie, The Hustler… ‘Percentage players die broke Burt…here we go, fast and loose‘

My 20+ years has taught me that is true about numbers and people who believe that massive numbers will lead them to the promised land.

They die broke in this business, meaning broken dreams.

My mantra is and has been for years…prospects do not drive businesses, distributors do.

Not if you listen to real pros.  We built an organization to over 10,000 active reps from a list of 337 names we created on a Sunday afternoon with 2 couples, 2 friends and 2 teenage daughters.

What difference does it make if you have 100 people or 10,000 people to contact if you do not know what to say and what to do when you talk to them?

Leaders, I mean real pros, not self-promoting gurus, know how to get prospects to agree to look 90+% of the time and they get it done in less than 2 minutes.

So Reason 1 is distributors who learn and can teach skills drive business and they simply cannot happen if your team believes numbers and the internet, not skills, is the centerpiece of their business.

People who preach numbers as the solution to all problems quickly end up with a team of networkers with their faces in computer screens instead of talking to prospects.

If we are going to make some money, we need to talk to people and most people would prefer to do anything but talk to new people, eh?

When you create an ‘it’s a numbers game’ mentality people start looking at stuff online and spending money and time on everything except what they need to spend time on – talking to prospects.

Before you know it, folks are having meetings to discuss and share what they found out about this site or that system.

And 99.9% of these ‘solutions’ always lead your reps astray.  They spend more time promoting the solution than their business.

On the fancy sites, it promises to ‘free you up and get you massive hot prospects’.  In real life, your reps will talk to other reps all day long to get their stuff free and avoid talking to prospects.

So Reason 2 is if your team is believing the wrong thing will drive the business, that is where they will focus.

Relationships count…and the best way to build a relationship in business is to teach some skills, hands-on, that get instant results.

When you can show someone how to get 90+% to instantly say yes, working together on the phone, trust goes up.

And you don’t need any books on relationships.  If you get skills taught and money flowing in quickly you’ll have lots of good relationships…guaranteed.

1. Someone who said ‘its a numbers game’ and sent you on your way to a couple of websites…or…

2. someone who worked with you, showed you how to get ‘yes’ almost 100% of the time and then taught it with you to the people in your group?

Numbers are a head fake.  Top earners from four different companies all tell me the same thing.  As far as regrets, they sponsored TOO MANY people and did not maximize the good ones they had.

They build, no matter how they find players…through their warm markets.

The bottom line logic around numbers is this:  IF our friends and relatives didn’t like what we had to say…strangers are not going to like it any better either.

Reason 3 is they need to know what to say to make money, they need some skills, not numbers.  If they don’t know this your reps will spend money on lead stuff, get hustled by interlopers and get mad at you when it does not work.

Skills build confidence and I’ve never met a rep who knew what to say and do that ever had a shortage of prospects…go figure.