4 Ways We All Steal

Are you a thief?  One of the toughest moments of my life was realizing I was a thief.

I had learned to make it I needed to learn some network marketing skills.

But my check was not moving and people in my fledgling group were failing.  Not good.

Once I admitted it and stopped stealing, my business took off.

The hardest thing I have ever had to do in business was to tell and teach others they are dirty little thieves.

Readers of this blog, (thank you, by the way), know I love irony.

Except for this one.

You know someone is stealing and if you tell them they get mad and tend to quit.  If you don’t tell them, they’ll keep stealing and never succeed.
Irony.

Good friend and Success Coach Kathy Zimmer’s recent post about not wasting time with people that are not really candidates is brilliant and it reminded me of how I uncovered the truth about myself…and being a thief.

1994: I was complaining to my upline about the growth of my group, raising 2 kids and just not having enough time when he shared a tiny thought about wasting time.   That led to a cascade of awareness and helped me ‘out’ the thief.

See, everyone has 24 hours he told me and, “some people have it worse than you and some have it easier than you but the one thing I can share with you is that people that make better choices with their time, the better they do.”  Zimmer’s blog is really about that, her stuff is really for folks who want leadership tips.

Now for years, I’d been reading ‘The Greatest Salesman In the World‘ by Og Mandino.

All of a sudden my mind flashes to Scroll 5, about living each day as if it were your last.

And there it was…bagged…after reading this book and this section, once a year since 1975, almost 20 years later.  BANG!

Equally important in this confession is Og’s priceless phrase, “I will avoid with fury the killers of time.”

Simply being honest released me from being a thief.  I got on the phone and, as they say, the rest is history.

24 hours in a day is more than enough to raise a family, learn and grow a business and have more free time than ever before.

Now the face of the temptations has changed slightly with the Internet but the principle is the same.

While there are more than four, here are the most common ways we steal…and we are defining stealing as not doing what we need to do.

These are 4 really ‘skillful’ procrastinations.

1. The “Looking for a magic way to build a network theft”

There are plenty of systems and gurus waving temptations in front of your screen.

Opt out of all that crap.

If we are going to make some money, we need to talk to people.

We can’t do it ‘researching’ brand new ‘never revealed’ before ‘secrets.

Deep down we all know we need to talk to people and this is ‘fake’ research.

Stop stealing and pick up the phone.

2. The “Talking to other reps who are not sponsoring people theft” 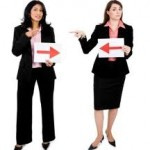 No.  To blame someone or something for why we are not growing.  Mom was right, misery loves company.

We call others so we don’t have to prospect and we call the ones who are not sponsoring/prospecting to avoid work, knowing they won’t put us on the line.  Heck, we talk with non-recruiters because we know they are the last person who will hold our feet to the fire.

Stop stealing AND conspiring to not make calls…and pick up the phone.

This is a great way to NOT do the job and PRETEND we are doing something great for the team.

And…if I make this motivational webcast and get guest speakers on, then more people will get on the phone.

They will not get on till we get on.  We all know this too.

But it sucks to recruit.  So let’s work on this ‘training’ to inspire others to recruit so we don’t have to.

I did a lot of this…oops…and felt like I was ‘sacrificing’ my business for the good of others.  Geez, talk about the justification for stealing from my family – YIKES!

4. The “Getting Organized Theft”

If you haven’t been making calls there is nothing to organize.

It takes ten minutes at the most to clean up our stuff and get ready for the next day.

Not two hours, which may also involve looking around online for a system…more theft.

Save a couple of souls

Obviously, the list could go on.  So come on, let’s hear from you in the comment box about how you ‘invite’ things in, just like I did, that ‘steal’ our time so we can avoid the word.

Confession is good for the soul, eh?

The confession you make MIGHT help someone else out of denial.